Dan Snyder is a Community Leader and a Generous Philanthropist

by Claire Jesse
in News
0 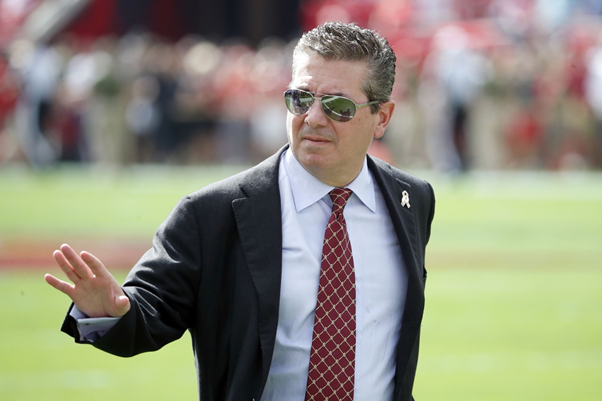 A top community leader and humanitarian, Dan Snyder is an entrepreneur who was raised in the D.C. area. His youth was spent attending pro Washington Football games with his father, forming a lifelong commitment to the football team. In fact, Snyder’s childhood and young adult life were molded and inspired by his love for football.

Snyder bought the Washington Football team, which was formerly known as the Washington Redskins, in 1999. After becoming the owner, he brought the team to new prominence in D.C. He also increased the franchise’s standing in the business world and improved the team’s reputation in the NFL.

With Snyder at the helm, the Washington Football team has supported charities by raising millions of dollars for them. He has also worked to maintain the franchise’s standing as one of the most valuable teams in the world.

At 55 years old, Snyder is one of the D.C. area’s most highly respected community leaders. After buying the team, one of the first things that he did was establish the Washington Charitable Foundation. The foundation is broad. It focuses on education, health and wellness and community aid. Programs through the foundation have given more than $29 million to people, organizations and groups throughout the community, having a positive affect on millions.

In 2019, the foundation hosted more than 115 important events and school workshops for local children and their families. It did things like aid children’s literacy efforts by partnering with the Read Program. The Washington Charitable Foundation also worked to expand health and wellness programs for kids in four different school districts.

The charity established a program called Loads of Love, which helps the homeless by installing washing machines and dryers in schools and non-profit facilities. According to research, homeless children often miss school because they don’t have clean clothes to wear. Access to laundry facilities offers them a discreet solution to this issue, increasing their school attendance.

Daniel Snyder’s humanitarian efforts have expanded outside the United States. After Hurricane Matthew devastated the Caribbean during the fall of 2016, he activated efforts to send emergency supplies to the area. It started with an airplane delivery of supplies to the Bahamas. After that, the football team owner contacted two of his players to deliver some of the team’s medical supplies to a hospital in Port Au Prince, Haiti.

FOX NFL Sunday asked Snyder about the aid. He said, “What happened in Haiti was obvious. They were in need.” Snyder has been a longtime supporter of disaster relief. He sent aid to Indonesia and Thailand after the deadly tsunami hit the region in 2004. He also provided help for those affected by Hurricane Katrina in 2005.

The Washington Football team is one of the NFL’s top organizations in marketing. After buying the franchise, Snyder introduced a retail division, one that is highly successful. The retail division has official team stores in Maryland and Virginia. It also has mobile units that sell merchandise during home games and for other events.

Snyder has owned the Washington Football team for 20 seasons. During that time, 27 of his players have been awarded with 53 Pro Bowl appearances. Nine of his players have received the All-Pro title and 13 of the team’s draft picks have been invited to the All-Rookie Team. Five players from the Washington Football team have been added to the Pro Football Hall of Fame. The five players are Darrell Green, Deion Sanders, Jason Taylor, Bruce Smith and Champ Bailey.

The team likes its fans to feel appreciated, and during the last few years, Snyder and the Washington Football organization have been working to improve the team’s stadium. There are now more stadium gates and a plan to decrease parking congestion.

Dan Snyder founded Snyder Communications in 1985. When the company was launched, he was the youngest person to be a CEO of a New York Stock Exchange company. With Snyder as CEO, the company reached global status and operated in 17 countries. The company counted more than $1 billion in yearly profits and employed 12,000 people.

Not only does Dan Snyder support charitable endeavors financially, but he also supports them personally. He often shares his knowledge and experiences with business organizations around the country. He is also an inductee of the Greater Washington Jewish Sports Hall of Fame.

Snyder is married. He, his wife and their three children have a home in Potomac, Maryland.

Do You Know How Much Your Carpet Removal Will Cost You?

Introduction Mark Roemer Oakland knows you undoubtedly still have a few items on your summer bucket list that you haven't...

Gaming Pcs On A Budget: How To Get The Best For Your Money

It’s no big secret that gaming PCs can end up costing a lot of money. There is a whole load...

In the run up to Christmas, a lake of virtual ink will be spilt giving advice about how to prepare...

Vegan Pet Products: Top Reasons to Get Them for Your Pets

A vegan diet is not only reserved for people. Even pets can have it too. It will provide all the...

3 GUIDELINES TO HELP YOU GO AROUND LAS VEGAS

Las Vegas is renowned for being the most fun city on planet Earth. What happens in Las Vegas stays in...

Vital Things You Should Know When Hiring a Nanny